You are here: Home / Life / All You need to know about 2017 JAMB Registration
850
SHARES
FacebookTwitter
Subscribe

Many prospective students into the University in Nigeria have long been awaiting the Joint Admission and Matriculation Board to kick start the 2017 JAMB registration process that will enable them seat for the exam early 2017.

However, the body is yet to give an announcement on the commencement of the registration which is getting many students, parents, CBT centre operators and stakeholders in the educational sector worried. In the previous years, JAMB registrations usually kick off between mid October and Early November.

Why the delay in 2017 JAMB Registration

Many people are curious as to the reason why The Joint Admission and Matriculation Board is delaying the registration process for the exam, below are some of the reasons for the delay;

Change in Leadership: As we all know, there has been a major shift in the JAMB leadership as the former registrar, Professor Dibu Ojerinde has the replaced by Professor Ishaq Oloyede. This came just few months ago and the new leadership needs to understand the working environment and know how the JAMB system is been run to enable them serve the body better.

Computer Based or Paper and Pencil? This is one of the most debated issue for two years as long as JAMB examination is concern. Many feels that the exam body is not fully prepared to take on e-exam fully compared to the popular and aged paper and pencil testing. And those in favour of Computer based testing feels that the world is moving technological and in most other countries, examinations are been written with the aid of computer based testing (CBT) and that paper and pencil is obsolete.

However, if you could recall the disaster that took place when the result of 2016 JAMB examination was released, there was so much chaos and errors in most of the centres and even with the JAMB grading system that JAMB had to give away 40 marks to some of the students who sat for that exam.

It is widely believe that this was one of the reasons Professor Ojerinde was sacked.

It is now clear though that CBT testing will be used as the CBT centres registration has been opened on the official website of the body. What is not clear though is if this new administration will re-introduce paper and pencil along with the computer based testing.

Abolition of Scratch Cards: For over a decade that JAMB introduced the scratch card method for its registration and other services rendered by the body, the new management feels the carding system is old and should be replaced with something more digital, and this will allow an easy integration with the Federal Government’s Single Treasury Account (TSA) billing platform popularly known as Remita.

To do away with scratch card (which was very effective) will mean JAMB is bringing something better to the table, therefore the exam body needs to do a whole lot of testing to avoid disaster which will lead to serious criticism that could eventually lead to the collapse of the examination body. 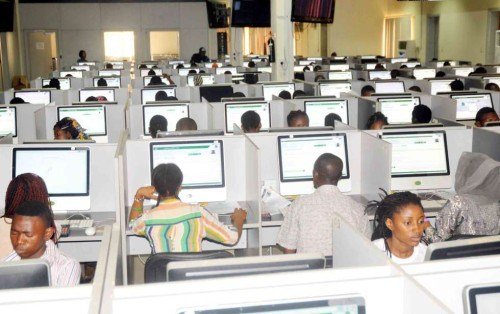 As you are waiting for the commencement of the 2017 JAMB registration, all prospective students need to take note of the following;

i. Prepare Yourself for Computer Based Test: I have heard many students complain about not understanding the computer system. They give excuses like ‘I have never used the computer before’, ‘I did not understand the timing’, ‘Enough instructions were not given’.

All of these could be avoided if you had prepared yourself before the exam. There is no better time to prepare yourself than now. When the registration starts, what you’ll be concerned about mostly is mastering the subjects you’ll be writing, and during this period, you might not be able to concentrate properly if you ever decide to enroll for a computer class.

Now is the right time for a computer class because you are not under pressure to study your subject combination. So it won’t be a bad idea to walk into any computer school close to you to familiarize yourself with the computer system so you don’t see it as a strange device during your examination. It might be too late.

If you have a computer system at home, I’ll advice you buy an offline CTB practice software where you can practice with the subjects you’ll be writing during the exam. This way you can plan your timing and create answering formula for yourself so you can have a successful exam when the day comes.

ii. Enroll for extra moral classes: Less than 40% of the total candidates writing JAMB are still in secondary school, many of wrote JAMB in the previous years without gaining admission and they are trying again, while many are just writing for the first time. Those who just wrote their WAEC and NECO exams still have a higher chance of having most of the things learnt fresh in their brains.

No matter the category you fall into, you need extra moral classes to boost your confidence towards the 2017 JAMB examination. The reading culture in the Nigerian society is fast dying therefore increasing the high rate of examination malpractice. Many of those who relied on malpractice to pass JAMB failed woefully because this is an exam that comes with various paper types.

So if you want to have a very good grade in JAMB, this is your time to start preparation, enroll yourself into JAMB private classes and other related study mode to give you a higher chance of scoring that high grade you’ve always dreamt about.

iii. Avoid Magic Centres: If you are been promised a Magic Centre or Miracle Centre, this is the best time to reject and make up your mind that your 2017 JAMB examination will be written in a genuine centre.

The so called magic centres will disappoint you, you won’t just lose money, but also waste a whole year on an issue you could avoid.

iv. Do not wait for JAMB Late registration: Many are fond of waiting for the last minute before registering for JAMB for reasons known to them. The only genuine factor that could lead to late registrations is monetary factor.

Also, late registration could be you will miss the nearest available centers for your exam which could lead to travelling long distance for the exam. This on its own is tiring and could have some physical and/or psychological effect on your preparation for the exam.

Do you own a CBT Centre?

Do you own a CBT centre or you are just setting up one. Here is a quick guide on what you need to do before JAMB commence the registration process;

Register your CBT centre with JAMB

Many CBT centers were unable to partake in the examination exercise due to equipments failure and incompetence at most of the centers. JAMB was very strict and direct on the requirement needed for a centre to be accredited, among them are a Minimum of 250 Computers and additional 20 backup, a standby generator set, a conducive and well ventilated environment, a big and air conditioned hall to accommodate all of the computers and finally, all of the computers must be connected on a single network before the arrival of JAMB network engineers and supervisors.

If you do not posses any of these items listed above, then this is the time for you to do so not until JAMB visits your centre for accreditation.

To learn how to install and set up your JAMB biometrics software for registration, check this article.

One of the major challenges faced by most of the CBT centers for the 2016 JAMB examination was that they lack adequate and efficient man power to provide support at the time of challenges. Many centers had to be closed down by JAMB after the first day of the exam due to issues like generator set fault or a minor issue like network clip error. These are issues that could be fixed if there were standby personnel or experts.

To avoid this, I’ll implore centers to employ their own technical staff that could provide quick fix to minor issues that could be inevitable in most of the times.

Unfortunately, JAMB have decided to sideline the Cyber Café operators who used to serve as registration points for JAMB years back.

This is a great set back because many of these people relied on registrations like JAMB to raise tangible money for themselves.’

However, all hope is not lost as café owners have the options of either creating their own CBT centers or partner with existing/upcoming centers so they could also participate in the 2017 jamb registration exercise.

The Joint Admission and Matriculation Board is yet to release its time table for the 2017 JAMB registration process. This article will be updated ones the examination date is confirmed.

How many Years Can you Use JAMB 2017 Result?

After the Nigeria house of senate told JAMB to extend JAMB result validity to 3 years, many student have been curios if this will take effect from the 2016 JAMB or 2017.

All I could say at this point is that, firstly, the 3 years validity for JAMB result will surely not take effect from 2016 and we are not sure yet if JAMB will kick start it from the year 2017 which will be a great joy for prospective JAMB candidates.