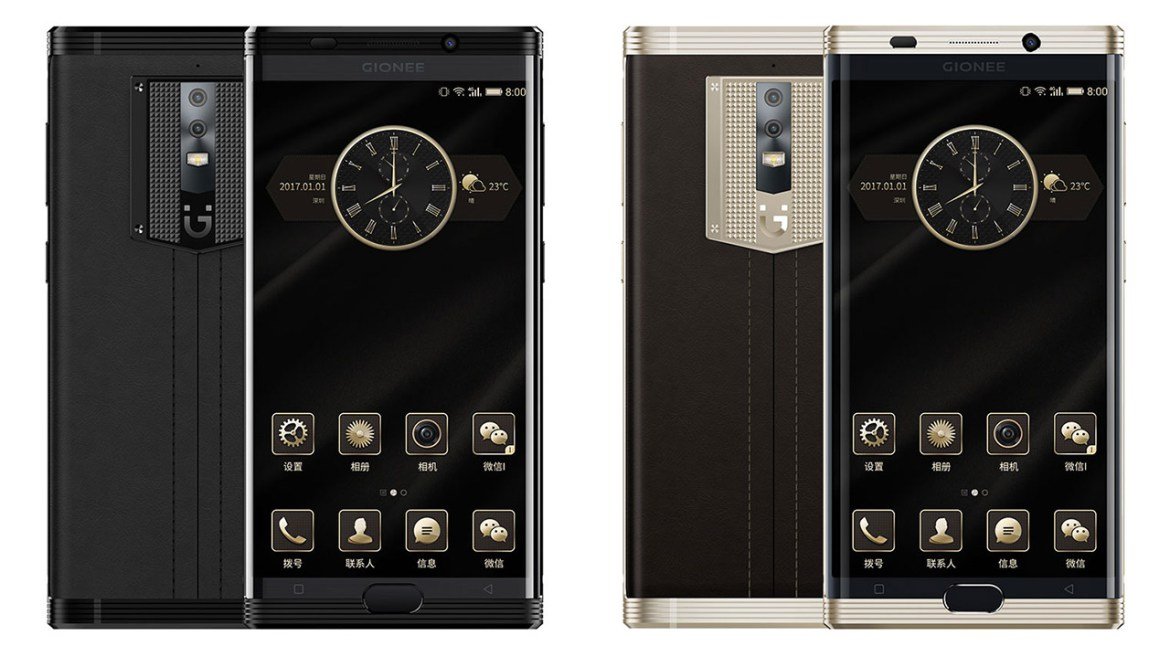 Already in the mobile industry the Gionee M2017 is the surprise package of the year, aside the iPhone 7.Though released in December 2016, this gizmo is definitely made for 2017 and beyond just as its name indicates.

I am yet to read about a mobile phone in use with a whopping 7,000mAh battery. You gotta get it straight though, the device is actually a combination of two 3,500mAh batteries that are embedded meaning they are non-removable.

The problem with this type of cells is that when the battery wears out so also is the lifespan of the phone in most cases. Its Quick charge version 3 is very efficient as it allows for the charging of the Gionee M2017 to 83% level in a matter of 30 minutes. 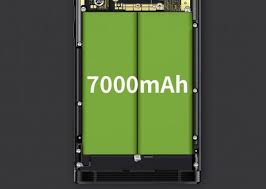 Mobile phones with high battery capacity are a huge market in Nigeria and some other African countries that are bedevilled with epileptic power supply.On standby this battery can last 915 hours with the 3G network on; that is a whopping a month and a week!While with a steady non-stop call, the phone will last a whole day.

To our chagrin and utmost disappointment the Gionee M2017 is restricted to just China at the moment and according to the company on its official website,it is already sold out through pre-order.

For most of the Chinese companies (if not all) the fingerprint scanner has always been at the rear end.It is a different case with the Gionee M2017 whose fingerprint scanner is placed in front of the phablet just like the iphones and Samsung brand of phones that come with this feature.

There is no word on if the Gionee M2017 sports the eye (iris) scanner and as such it is very unlikely to be a part of the phablet.You would expect a phone of this calibre to have one but it apparently does not.

The Wide Local Area Network (WLAN) is the conventional Wi-Fi 802.11b,802.11g and 802.11n,the latter being the one with the strongest network which implies faster downloads and data sharing.

There are also the Wi-Fi Direct, Hotspot.The Bluetooth is upgraded to version 4.There is also the FM radio the latest type of USB connector —that is, the type C reversible cable that allows the use of both sides.Expect no devices like the Airpods, instead a phone communication would be through the USB type C port.

The Gionee M2017 is available in black and gold

It is no longer only the iphone 7 that made away with the 3.5mm jack(earphone port).This device has joined the league.It is also without the a provision for a memory card slot.Of course this becomes unecessary with the humongous size of the internal memory.

Surprisingly Gionee M2017 runs on Android version 6.0.1 (Marshmallow). One would have expected it to be operating on the more recent and advanced Android N (Nougat).

This time it is Amigo OS 3.5 that is the preferred user interface. Its chipset is made by Qualcomm as it adorns the Qualcomm MSM8976 Snapdragon 653.

You would want to take into cognisance that no one phone company in the world produces all of its components — no not one. An octa-core clocked at four 1.95GHz cortex-A72 and two 1.8GHz cortex-A57 is the central processing unit of the luxurious and superfluid device.Adreno 510 is its graphics processing unit which means it is the ideal phone for gaming and watching high definition media content.

The RAM size of Gionee M2017 is the largest there is at the moment, 6 gigabytes! Also the size of the internal got my pupils dilating, a monstrous 128 gigabytes,now tell me what you need an external memory card for?

For the Record, Gionee M2017 is the first phone in its category with 6GB RAM.

At the rear we have dual 12 megapixel and 13 megapixel cameras complemented with phase detection autofocus with LED flash,face detection,,panorama,geo-tapping and touch focus.The front camera is 8MP.

It is an AMOLED capacitive touchscreen which is still the best and latest type of screen.5.7 inches is how big the screen is packaged with a resolution of 1440 by 2560 pixels of 515ppi pixel density.Boy,this is massive!

Gionee M2017 is as expected a dual SIM phablet but only compatible the nano versions of SIM.

Gionee M2017 supports GSM/CDMA/HSPA/LTE implying it does not discriminate against 2G,3G,4G and even beyond — afterall that is what LTE(Long Term Evolution) stands for.

Right now Gionee M2017 is restricted to China and is a luxury item as you can easily tell from the amount it is sold.

There are two versions, one that goes for about 317,000 naira and the costlier version that goes for 770,000 naira! This is that type of phone like the iPhone 7 that most persons would just check out, not taking any steps further in terms of making efforts to purchase it.

Gionee is a company that is privately owned by one man, founded in 2002.

Please do well to drop your comments and questions.