Infinix Mobility Limited is a company based in Hong Kong that was birthed just four years back, 2012. They did not however start from the scratch, as they are a blend of Sagem Wireless and Earning Way.

Back in 2006 the first phone I owned was a Sagem flip phone. The Sagem company itself has been in the gadget market as far back as 1942. 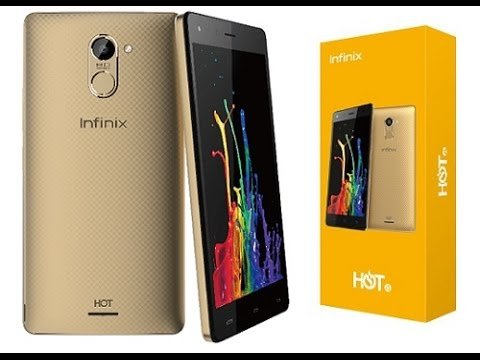 The phone was around thirty eight thousand naira but with the unfavourable exchange rate, it can be purchased in the region of fifty thousand naira (N50,000)

If are you are someone who is very particular and selective about batteries then when you juxtapose Infinix brands and those of Tecno you will be settling for the Infinix brand because they have put in more work and effort in their battery making.

The company boasts of the battery lasting two days under normal use and is also complemented with its own fast charging technique. In summary, the Ininix Hot 4 has a great battery OF 4000mAH

For a phone of 5.5″ HD (high definition) screen, it is technically a phablet but for flexibility and convenience, the names phone and phablet will be liberally applied.The screen resolution is 720 by 1280 pixels.

The Inifinix Hot 4 runs on the Android M which is second only to the Android Nougat. The bespoke user interface is called XOS. To lay it more bare, the UI, XOS is actually the software part of the phone you use in sending and receiving commands on the phone,just that this interface is sitting on, as it were, the Android Marshmallow.

The first time, aside taking selfies that I made use of the front camera was in video calling, sometime in 2009 with my Nokia 5320 phone which was in vogue at the time.It was a wow feeling to say the least and trust me the joy did not last long when I checked my account balance afterward. The billing was just over the roof. It is embedded with four processing cores that give room for multitasking, that is, running several applications at the same time with no glitch.Its clock sends 1.3 billion pulses per second, that is,1.3GHz.There are phones that do better though most probably at higher prices.

In terms of the number of SIM, the Infinix Hot 4 X557 uses two and they are the micro versions.One marketing strategy these Chinese or should I say Asian mobile device producing companies used in breaking into the market was through the dual SIM strategy where one phones carries two SIM instead of the end user settling for two or more phones when he had more than one Subscriber Identification Module (SIM).

Its weight is 500 grams,it is easy to think that with this amount of weight it is an all-metallic device, but it is covered all in plastic, this in no way affects the ergonomics of the this Infinix not even its aesthetic look, quite frankly it boosts the phablet’s appeal to the eyes.It comes in black colour with various colours of back cover.

Aside the omission of the 4G LTE network,the Infinix Hot 4 X557 comes with all the other network and connectivity packages that include, the Wi-Fi Direct, Hotspot, WI-Fi 802.11 b/g/n and bluetooth; the microUSB 2.0 port.You gotta know that most of what the 4G LTE offers the 3G also can effortlessly perform such as video calls and live streaming.

One thing I find endearing about the Infinix Hot 4 X557 is the fingerprint scanner located at the back close to the camera although I wished it had the eye(iris) scanner.I bet you are aware that a phone having fingerprint does not mean it wouldn’t allow for the use of pins and password for access, as lots of people still prefer these options.

The RAM is 2 billion bytes (2GB) while the internal storage is 16 gigabytes.The phone has a microSD card slot that can support 32 gigabytes, abeg no go beyond this limit make your phone no begin ‘hang’ or malfunction.

A guy was telling me he bought the phone on the 17th of December at forty-three thousand naira. If you have small palms and fingers you should consider buying a smaller phone so you will not be doing unnecessary expenses when the device falls of your hands and generates faults.

Please drop the comments and questions below.